Experts on nuclear plants are saying that the problem will last at least a few months. What we can do is just to pray for the end of the problem, conserving energy. Now I’m in my hometown not in Tokyo. Here we don’t have planned blackout. At supermarkets, there are more kinds of food than in Tokyo. But some trains are cancelled because maintenance parts of the trains haven’t been delivered yet. That is a logistic issue.

I’m here to attend the memorial ceremony for my grandmother, not to evacuate. Tomorrow I’m coming to Tokyo. We general people have no way to solve the nuclear problem. So we have to wait patiently, breathing, drinking and eating a bit contaminated air, water and food.

In Japan, the earthquake and tsunami damaged some electric generation plants and caused a major electric power supply shortage. So planned power outage is implemented on weekdays. There are less trains available. No airconditioning on trains to conserve electricity. At home we are requested to turn the temperature settings down. This winter it’s cold for this time of the year. It’s still like midwinter. Many people have a cold including me.

Regarding daily necessaries, today I could find and buy toiletpaper at supermarket for the first time after the quake. I saw rice, also. Spinach and leaf vegetable are at very cheap price because people are afraid of radiation contamination. I don’t care but some people worry too much. 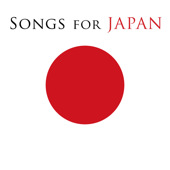 Now Libya crisis is top headline on BBC, CNN and other news sites. Not Japan earthquake any more. The followings are Japan news sites.

Thank you for supporting Japan

Many supports from all over the world, we are getting now. I’d like to show you how people are helping Japan. But I’m not skillful in explaining it in English.

U.S. military are stationed in Japan. Their operation “Tomodachi” is going on. The following webpage show their activities. http://newpreview.afnews.af.mil/yokota/library/earthquake&tsunamireliefinfo.asp

In Tokyo, getting better

We’ve damaged just a little in Tokyo compared to northen area, so far. However many daily necessaries have been in short supply: fuels, batteries, toilet papers and some sort of foods such as rice, breads,eggs and milk.

We have a lot of stock somewhere in Japan. But gas(oline) shortage causes stopping of distributions. Yesterday I saw milk and breads at supermarkets. Today Gas station across the street started selling. Things are getting better and better. Tomorrow we may have scheduled blackout, though…

After the biggest earthquake

This weekend, we have 3 days off because today 21  is a national holiday. Nuclear plants still have problems. We have to keep watching them.

Japan is still shaking. Fortunately I could get home by subway at midnight.
My house is in a mess… I do hope NO MORE QUAKE!

Thanks again and again, chururu and Spica!